The power of the looser

How Asmongold did it all with a straight face, it eludes me. But all the stuff he tells it's Oh So True.

The Power of the Looser ?

Posted by Pedro Lucas at 9:06 AM No comments:

This month, the only big big achievement I did for WoW was... to kill 500 goblins.

My Nemesis Garrison quest had been stalled since 6.1, because Ashran became an empty place. With the changes for 6.2 and the ressurrection of the instanced battle ground, I decided to give it a try.

It took an entire month, but I'm now ready for my last Nemesis, to kill 500 pandas. 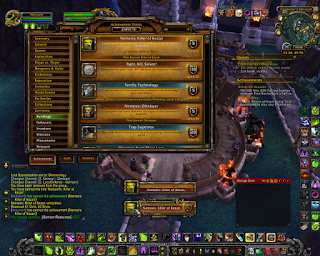 And that's utterly impossible, without cheating.

It would take me six months, hours and hours entering and leaving Ashran instances to find a single Panda.

In all these months, a killed a few, looted a few, and never got the  Pandaren Hide to complete my Bounty Hunter achievement.

It's gonna cost me, but I am going to enable my multibox account, buy WoD (keys at 30€ nowadays) and buy a month, all legal and fine, for the sole (well, not quite, a few things come to mind how I can use my second account to speed up some other achievements, eheheh) purpose of boosting a Horde Panda to 90, get him into Dreanor and get him killed 500 times.

It's gonna take 3-4 hours, but boy, compared to the hundreds of hours that I would have to play in Ashran, without any other purpose (I'm full 730 PVP epic geared on my Warlock), I would have to go to Blizzard and ask for another

INSANE IN THE MEMBRANE II achievement.


Well, I was being too simplistic, a got a few more achievements, like:
- all Instances done in Mythic mode (being 700+ PVE ilvl helps, of course).
- Garrosh Mythic (got it yesterday, and boy, it's still VERY hard with less than 10 people, namely because of Phase 4 - add overwhelming until we learned about the Iron Star, or until we got 15 ppl to force brute it, and because of the MC on Phase 2-3 having a huge pool of health with not so many people interrupting causes... a wipe).
- All quests and exploration achievements in WoD
- Rumble in the Jungle achievement (the 5000 looted claws from Elites in Fang'rila). This one was very easy due to the +50(+9) Jungle green fire buff, together with a few buffs people can see on the picture, like the tent buff, flask buff, pet sacrifice buff, and having a Healing follower ! 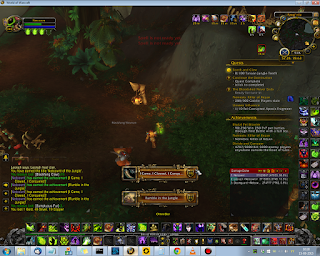 What remains to be done are of course, Challenges (will have to pay 250K gold for them, as I will NEVER do it with PUGs and my guilds are may be a little too casual for this), and Glory of Dreanor Hero dungeon achievements. 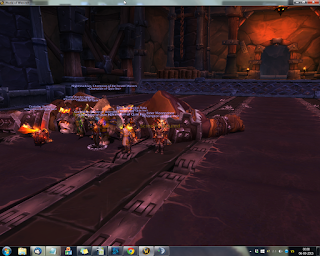 A raid night with Quies, pretty fun, we downed several bosses in BRF. 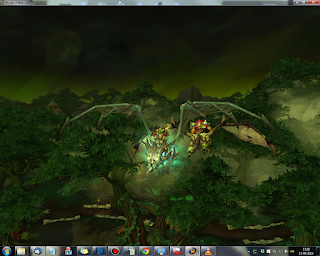 Me and my healing follower, hunting in Fang'rila 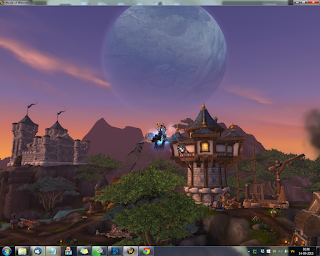 When I go home, the moon goes with me and my shadow follows me (Vangelis)

RIFT is in pause mode, GW2 in pause mode, LOTRO... oh yes, LOTRO, I did all the epic quests up to Osgiliath. The epic chain ends with a set of 3 3-man mini-dungeons. I did the first one, but tbh, cba doing the other two. May be one day...

I installed and tested Skyforge and ArcheAge, and liked both !

I also installed a single player "The Witcher 3", and then 1 and 2, just to test the GUI enhancements and.. oh dear, this game is FANTASTIC!

It's so fantastic I can't wait to play it on my TV. I've been trying to broadcast the game from my PC to my TV (DLNA), but the delay is around 1-2 seconds. I'm waiting for a dedicated Android box that I'll get in October, so that I can stream it from the PC to the Android box via VLC player, using RTP or UDP, which should lower the delay to 500ms or so.

Not ideal, but should be playable. 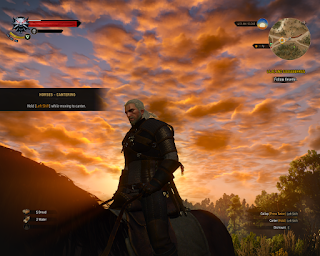 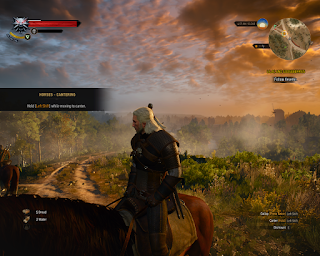 Last but not least, an amazing video from Ashmongold. I like the dude, and the subtle irony in this video is really hard to spot. Unfortunately, elitism does not come from WoW to RL, it goes from RL into WoW, through the dark path of frustration.

As Yoda put it, "Fear leads to anger, anger leads to hate, hate.. to suffering"

Posted by Pedro Lucas at 6:08 PM No comments: