8.2 has come out, 8.2.5 has come out, and my solo adventures have been focused in finishing the meta-achievement for Nazjatar and Mechagon. Well, Nazjatar is done today !With it came my first (and last, most probably !!!) rank 4 neck essence.
Other retail adventures..nothing really. My 15 yr Quie guild is now empty, and I'll be leaving soon for sure, if I continue to play (there we go again!).
Oh yes, I've been leveling a lot of alts, mostly to get my heritage armors and allied races to 110 (more achievements, nham nham).
PVP, it's been a failure since I got Conqueror. I can't get people to duel in Boralus, I can't even get in a PVP expedition for some more achievements or PVP essences... my last quote from a fellow player was "My 3rd alt has higher gear than you." as he declined my invite. I'm 424 so ... I'll continue to solo play this wonderful Massive Single Player game, single for those except a few lucky bastards that can get a guild where people actually play, don't leave, are mature, friendly...  a needle in a haystack. 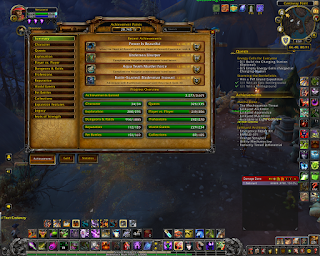 And then there was Classic. I started playing day 1, and have been playing mostly daily except a week on holidays. I went for druid, I wanted a stealth for PVP, and a hybrid choice to be able to change after 60, whenever I wanted.
Druids feel good. Not good enough to kill more than 1 mob at once unless I go tank, so I watch priests, warlocks, mages, warriors, hunters happily kill 2 mobs in a row, while I struggle in feral to kill more than one and live to tell. But it's good, survivability is great, and I even learned to get away from nasty rogues that gank me and live to tell. Well, sometimes I gank too. Previlege of stealth mode.
My classic guild is my old SDD guild from WOTLK, so there's some nice chaps. I leveled up to 30 running dungeons with them, but then I could not keep up with RL+retail+classic, so I kinda went solo mode now, at 45, using rest XP to the max to kill mobs. It's going smooth and by the numbers as the dude in Aliens would say.

Finally... this week there was trouble with Blizzard, yep, I cancelled my subscription. Not the first time. Not the last, quite probably. But 1 month or so AFK after I hit 60 in classic will do me good, a chance to do some more Assassin's Creed and Witcher 3 extra missions.

Wow, it's been an entire year ! I can't even remember what went on, but...oh yeah, Battle for Azeroth came out, and I played it solo style.
My damn Quie guild played up to 120 but after a few dungeons, most went in hiatus mode, so I switched to PVP and mostly pursued the Conqueror of Azeroth achievement, while running the factions to exalted, killing rares, and little else.
I never ran so few dungeons, heroic or mythic, up to these days. Most times I went it as pug, I felt disconnected with the game, so much I cannot remember dungeon names, paths inside, outdoor zone names, etc. 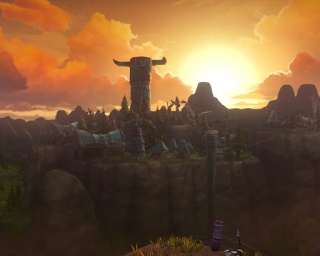 In Februrary I went AFK and restarted playing The Witcher 3, and completed it in June, just in time for patch 8.2.

With 8.2 up, I got Pathfinder/flying last week and I completed the Conqueror of Azeroth yesterday, and I must say, story aside, which actually looks interesting, but repetitive...I mean, Garrosh part 2 ? Alliance and Horde rebellions again ?
The neck system looks ridiculous, much less exciting than the weapon system of Legion, I mean, there's a dwarf in a cave in Silithus activating essences we get here and there, and that's it, collecting AP from the world to push its level up... blarrgh.

A few things I want to try before AFK time again, is the Brawler's guild part 3 and try some dueling.. 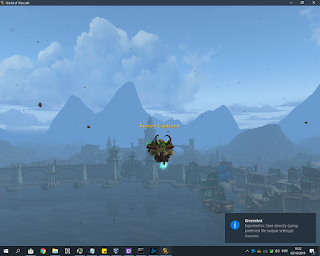 My tendinitis turned worse this week, so my engagement has been mostly with puzzles in Nazjatar LOL.

Ah, I've been leveling allied races...for achievements sake, and with the purpose of having all classes on Silvermoon. I had to build an Excel table with all the class-race-faction combos I have/need-to-have. Some already have heritage armor, all will have sooner or later. 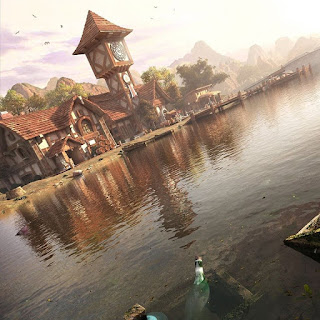 In Guild Wars2...I've got all the mounts, except the PVP one, and there's a new one which I started to go for but somehow lost interest...I mean, I also lost interest in "The Mind" WoW mount, so I'm kinda loosing interest in general :P 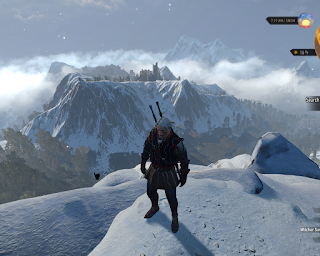 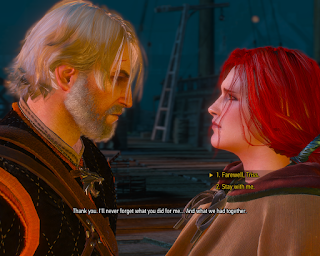 I think The Witcher 3 gave more fun in 3 months than MMORPGs gave me the last 3 years.

And I kinda knew it.