Woo, so Legion came out. And yes, of course (/giggle), I was attracted to it. I was able to lvl three characters to lvl 110, my warlock, paladin and rogue.

Of course, the idea is to level them all up, and Class Halls help a lot, once you get to lvl 101 and you get "XP missions". That's been my path to most of the other characters, just do the artifact and class hall missions, since they are fun, and not repetitive (there's 12 of them !).

I really really hope I won't have to level all their reps to friendly to open world WQs.

Meanwhile... Blizzcon was out, legacy servers did not came up as a topic, and unsurprisingly, the Nostalrius team made public that they will make source code public (Elysium server gets it first).

Good for them, can't wait to look at it !

As to gameplay itself, my two mains on Silvermoon (yes, moved Net to Silvermoon, since Haunted Heavens friends stopped playing, even May, the GM stopped playing. So it made no sense for me to stay and just say "good moaning" and "nn guild".

On Silvermoon, my guild Quie is alive, it allow us to at least go Mythic-5, I'm now attuned to Kara. Unfortunately, atm, not enough for raiding, but as a healer, Moonprince has ofc a spot for raids, and I was able to finish 10-man Normal Emerald Nightmare. It's also the server where I created my DH, currently at lvl 104, Shareth..ia. Damn, Shareth name was taken :( 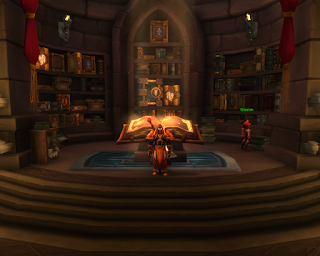 Net completed the Pathfinder achievement, meaning, I'm now ready to fly in 7.2. Until then...I'll have to lvl PVP to 50 (35 atm) and then...do Kara, may be. Not much else to do that is completely new, after I get all reps to exalted.
On Aggra, my other alts are commanded by my 110 rogue, which I'll use for ganking mostly, and they are being leveled by class hall XP missions.

The good part is all those alts have class hall and artifact missions. That's what I'll probably be doing the most, having diversified fun.

RIFT, I stopped playing, my RL pals kind of gave up, one of them got to 64 and I was hoping I'd get some help to do 65 quests in the new patch, but alas...no.

LOTRO...same, now pals to play with, and quests get kinda boring. Damn.

GW2, after I got my legendary crafted, the pleasure of playing considerably decreased, and I was a few months afk. Now I returned to watchout for new Living Season episodes and I got an entire new area, a volcano-like island down south. We'll see how it goes. 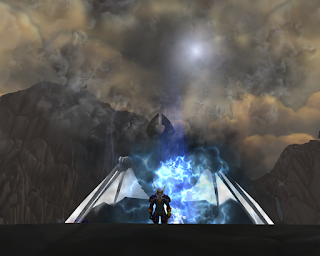 Posted by Pedro Lucas at 4:21 PM No comments: