Yesterday I missed a concert by Mark Knopfler, silly me. Well, actually yesterday it was Lionel Ritchie, but I had enough of him in '84.

Well, talk about money for nothing, that is WoW. I'm not paying these dudes one more dime I really need to. I continue to play with gold, using my professions to craft 6.2 upgrade items, so called essences, making about 80k gold a month or so.

The Tanaan jungle continues to suck, so much, I had to reinvent some silly things like Treasure Hunting, solo old Pandaria raids, etc. 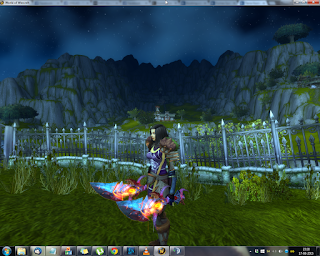 Not all was bad this month, I was INCREDIBLY LUCKY and on the same week, got both the ILLIDAN LEGENDARY Warglaives and the LEGENDARY BOW Thoridal, from Sunwell. 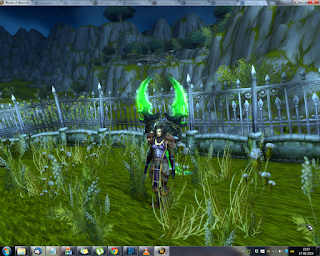 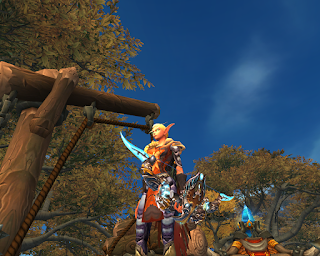 Also, I'm doing PVP with my rogue, so I'm gearing both the warlock and the rogue, and I'm having a nice rating with the rogue, which surprises me, how much easier it is to play a rogue than a lock and "WIN". 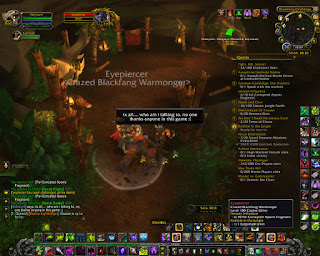 On the social side, I met with my Silvermoon Guild, Quies. The GM and family came here on holidays, so me and Caev, my guild mate, went to greet them and I took pasteis de nata ! It was quite nice and fun.

GW2...I went back to the game, and noticed a totally revamped Lions Arch. I also noticed that having 16GB instead 8GB makes a huge difference in terms of game smoothness, specially in MPVP.

LOTRO...I went back to the game, and found a new Epic Battle, Pelargir, part of the Epic chain. I won it (the last part was really hard !!!) and I'm now inside Osgiliath. I didn't have enough patience to do all the non-epic quests for Central and Eastern Gondor, it's repetitive like a Nighmarish Hell, and besides the area is quite dark. I had the idea it had something to do with Sauron presence nearby, so I went to check upon it, and it's called a "dawnless day". There's no brithgness, no sun, it's all very dark.

Just like the WoW Jungle, which is also so dark we never see the sun, it's more brown than green, and ugly.  Ugly like hell.

GW2 expansion is called Heart of Thorns, it's pre-buyable atm, but I think I'll wait a bit more. It's probably only coming out 2016.

Same as WoW, it seems next August 6th Blizzard will tell us about the new expansion, which means this silly nonsense, TBC revisited, will end, and all orcs, all this ugly place will be over soon.

I intensely dislike this place. Never liked the TBC ambience also, I hated those minaretes and Blood Elf pinnacles. I'm an Arthas fan, I love fire and ice, what can I say ?

Back to the Jungle

I was hoping Guild Wars 2 jungle would be ready by Summer time. Maguuma jungle, or so the say.

Unfortunately, it isn't. Actually, thre's no release date yet for the GW2 release.

It sucks. It's ugly designed, visually it's too dark, a mess of paths, quests of exploration with no sense of discovery, the three factions seem to be planted there just "to spend time farming". It's worse than the .. what was that Pandaria Island called, where the sun was fixed in the sky ? Forgot the name. Ah yes, Timeless Isle. It's worse. Way worse.

Oh wait, there's not just the jungle, there's shipyards too. Just when we thought our Garrison would expand and allow new achievements to be set, for barn, inn, etc... no, they just:

1) Went and created shipyards with missions that are 2-3 days long... I'm on my 7th mission and it takes 3 days ? Ridiculous.

2) Rendered garrison useless, by decreasing the amount of gold one can get. So I spent weeks creating an army of lvl 100, with an army of followers, with an army of treasure hunters and now... I don't need the garrison at all, except may be to sent followers on Oil Missions (as I got, as most players, capped resources at 10K). As to the rest, I noticed the Blood item is now a cheap commodity, since they also rendered it useless.. I didn't even bother how we can now upgrade our crafted items, but I'm sure it no longers uses Blood, or any garrison specific items.

Last night I tried Hellfire Citadel. Another bunch of bosses, another "cavern" with no sky/natural light. Dark as hell.

Guess it's a "must increase gamma" patch.

Posted by Pedro Lucas at 7:02 PM No comments: