8.3 came out and I closed down 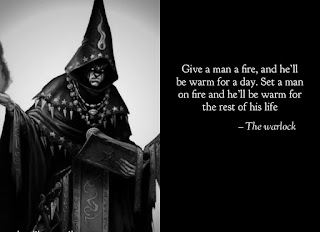 Blizzard released 8.3 some time in January(?), I played for month or so until my subscription ended.
And then, I didn't feel like playing anymore. 8.3 was terrible, there was another grind in old/revamped areas from Cata and MoP, It was fun for 2-3 days but then the repeating again and again wore me down.

I also hunted several WoW secrets I had missed...like "Waist of Time – Secret Cosmetic Belt" or "Baa’l – Secret Demonic Goat Battle Pet". That was fun. But not enough.

Meanwhile GeForce Now is out, allowing me to play remotely with high quality and I've been buying a few games:

Witcher 3 - I'm playing Blood and Wine and finding out this DLC is like a Witcher 4, it's HUGE ! <3 div="">
Eurotruck - I bought it and will be playing a lot. Nice simulators and a way to see Europe without Corona Virus :D
Tomb Raider - I got all 3 now, cheap cheap, I'm nearly 50% of the first Tomb Raider, which has a similar plot to the movie from a few years ago with the new Lara (not Angelina, the other one).
Assassin's Creed - Playing a few, Origins in Egypt and Syndicate in the XIXth urban London.
Kingdom Come : Deliverance - Middle Age at its best.. a difficult and REALISTIC game.
Destiny 2 - Played a bit.
Black Desert - Played just a tiny bit.
Guild Wars 2 - Playing the season quests... stopped farming more mounts, it was hard (too ?)

All of them free or at a a minor cost...and lots of future fun.

Posted by Pedro Lucas at 6:02 PM No comments: