After an inner debate of wether I wanted to proceed on a MMORPG that felt like a solo, or do some real solo casual gaming, I decided for the latter.

While I wait for my 200 USD RX 480 AMD, announced for June 29th, I decided to start with The Witcher I, then II, then III...while installing one more just for some family fun. LAYERS OF FEAR !

So. The Witcher. The Prologue wasn't that captivating, but Chapter I was.

It took me a bit of time to learn how to combat, loot, and stuff, but things are now on track. 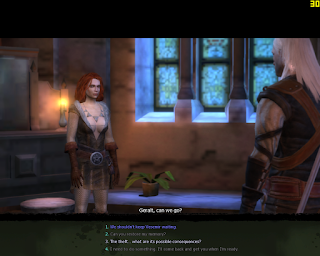 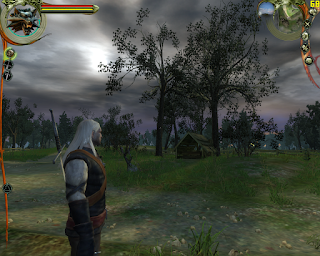 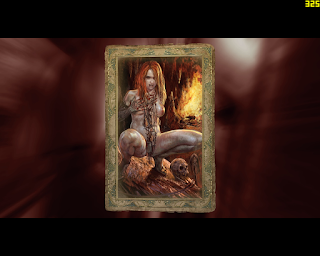 Chapter 1, a lot of quests to do in the outskirts of Vizima. It went ok. Kind of. I'm too soft at heart, so I'll just talk about the ladies.
First is Triss, of course, the witcher and sorceress. Looks like it's love at first and last sight from Geralt, our main character.
Then there's Shani, a friend that Geralt lost memory of, and one we take to Vizima for the next chapter.


There's also Abigail, the nice witch in the card that I got because I kind of responded to her affection. Looks there'd be more girls, like one I saved from bandits and stuff, but I guess I didn't spot the "cupid" timing. Oh well, there's always Chapter 2.
I also tried it with an inn maid, but it didn't work out at all, she called me a pervert, and left :-)